ATOM™ is the first venture capital fund which invests in and within the metaverse. It is an investment vehicle that backs entrepreneurs building the future through technology. The firm is led by general partners, many of whom are former founders/operators, governmental employees, economic policy advisors, CEOs, or CTOs of successful technology companies, and who have domain expertise ranging from marketing to crypto to distributed systems to security to marketplaces to financial services. The team behind ATOM™ is featured in ENTREPRENEUR, FORBES, BLOOMBGERG, YAHOO FINANCE.
Met·a·verse | noun: A virtual-reality space in which users can interact with a computer-generated environment and other users

Decentraland is a decentralized, community-owned virtual reality platform powered by the Ethereum blockchain. Within the Decentraland platform, users will be able to create, experience, and monetize their content and applications.
What is Decentraland:
LEARN MORE ABOUT METAVERSE
LEARN MORE ABOUT DECENTRALAND
What is NFT:
NFT stands for “non-fungible token,” which is a unique digital asset that has proof of ownership and verification of authenticity held in the blockchain. An NFT can be digital art, real estate, collectibles, event tickets, website domains or even tweets
LEARN MORE ABOUT NFT

INVESTMENT
OUR INVESTMENT FOCUS:
Decentraland is a decentralized, community-owned virtual reality platform powered by the Ethereum blockchain. Within the Decentraland platform, users will be able to create, experience, and monetize their content and applications.
OUR INVESTMENT THESIS
LEARN MORE
Blockchain computers were first proposed in 2008 by Satoshi Nakamoto in the Bitcoin whitepaper. Those original ideas have since been dramatically expanded by developers and researchers around the world. Blockchain computers are new types of computers where the unique capability is trust between users, developers, and the platform itself. This trust emerges from the mathematical and game-theoretic properties of the system, without depending on the trustworthiness of individual network participants.

Although the Bitcoin whitepaper is now more than 10 years old, we believe we are still early in the crypto movement. Crypto is purely a software movement and doesn’t depend on a hardware buildout, in contrast to, say, the internet, which required laying cables and building cell towers. Second, the space is developing extremely rapidly, partly because the code, data, and knowledge is largely open source, and partly because of the increasing inflow of talent.

Metaverse as the industry started its growth in 2021 and is still at the initiation stage with stratospheric growth potential. A metaverse is a network of 3D virtual worlds focused on social connection.In futurism and science fiction, the term is often described as a hypothetical iteration of the Internet as a single, universal virtual world that is facilitated by the use of virtual and augmented reality headsets. The term "metaverse" has its origins in the 1992 science fiction novel Snow Crash as a portmanteau of "meta" and "universe." Various metaverses have been developed. Some metaverse iterations involve integration between virtual and physical spaces and virtual economies, often including a significant interest in advancing virtual reality technology. What is clear is that metaverse is the next social media phenomenon in the global tech industry.
OUR PORTFOLIO 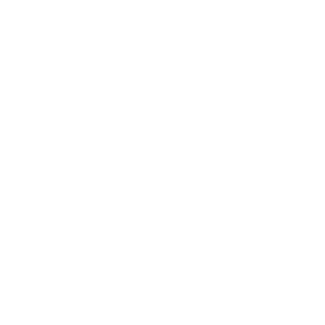